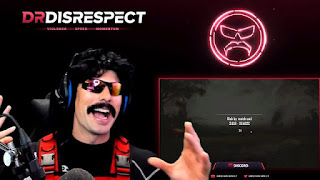 If you know anything about Twitch, you're probably aware of their terms of service and how ambivalent the staff can be in enforcing them. For newer streamers with smaller followings, they are likely to quickly throw down the ban hammer over minor offenses. Where as their longtime, big revenue generating streamers like 'Ninja' and 'm0E' might get a slap on a wrist, a temporary removal, only to be reinstated as if nothing happened.

And that is a problem.

In the latest case, the streamer 'Dr. Disrespect' had his channel removed after streaming inappropriate content at this year's E3 show. Specifically, he went into a men's public restroom and filmed others without their consent. This is not only a violation of Twitch's guidelines ("sharing content that violates another’s reasonable expectation of privacy, for example streaming from a private space, without permission") but California law for invasion of privacy when it comes to cameras in bathrooms - or privacy in general. No one should be stepping in on you while you're trying to use the bathroom. E3 stripped him of his badge, though it's unknown if he'll be banned from future events.

The Twitch removal was only temporarily though. Dr. Disrespect has 3.2 million followers and over 20,000 subs. That's a lot of money for Twitch and their parent company Amazon. Of course they wouldn't completely ban him. Instead, his account was suspended for 2 weeks and the channel recently reinstated.

Now Twitch will likely argue that they have the right to enforce their rules as they see fit since they are a private business; though they cater services to a public audience. They can choose who they want to ban, temporary suspension, or no penalties at all. There have been a number of successful streamers that have been suspended or permanently banned for various reasons.

The issue with Dr. Disrespect's situation is not only the perverse nature of the act, and the lack of care from the streamer himself with his suspension; it's the blatant disregard for the victims. The individuals who were streamed in that men's bathroom. They were there to have a private moment when a camera appears. Their privacy was violated in a way that they can not get back. Some of you may think that it's an exaggerating, but an event like this can be traumatic. It is embarrassing to have someone walk in on your while you're going to the bathroom. It's happened to me at a previous job. The woman was on her phone, oblivious to the world around her, and could have easily snapped a photo - in doing so compromising my life and sanity. I avoid public restrooms when possible, and always brace a hand against the stall door (as a woman this is very difficult to do).

For the people in that bathroom, they deserve more. And they may have that chance if they report the issue to the state and prosecutor's follow-through with legal action against Dr. Disrespect.

But Twitch's immediate response and cavalier follow-up is making it clear to it's users: this is the behavior we'll accept and what we won't. So if you stream yourself going into the bathroom and filming others without their consent, Twitch won't ban you as long as you make them enough money.

Taking a stand for what is right can be difficult as a business when it affects your bottom line. Dick's Sporting Goods, for example, has steadily begun to remove assault-style guns from their stores after the 2018 Parkland, Florida school shooting. It was determined that the gunman bought his weapons and ammo from their store. The retailer also no longer allows the sale of high-power ammunition to anyone under the age of 21. Has it affected their business? Absolutely. Their sales did fall slightly over a 12-month period by just over 3%. But it hasn't destroyed them. It hasn't deterred the company from their mission. It hasn't caused mass number of layoffs. It's an obvious solution to a growing problem: stop making guns so easy to access.

If Twitch wants their platform to be a safe place, they need to stop allowing top streamers to get away with breaking the rules. Enforce them. Users will get tired of the questionable practices and move on to other streaming services. If I can't wear a tank top on stream without worry of a suspension, then someone recording and streaming others in a public restroom should be removed from the platform.
Email Post
Labels: amazon banned streamers banning streamers dr disrespect ninja streamers streaming twitch twitch doesn't ban big streamers