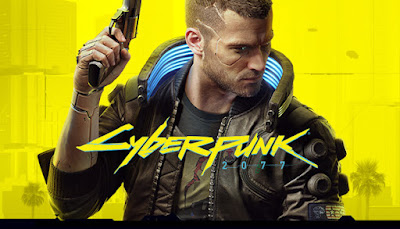 CD Projekt's Cyberpunk 2077 is out this Thursday, December 10th. The review embargo has been lifted and we're seeing a mixture of good, bad, and okay reviews from gaming sites. Given the massive amount of hype that the developer has been pushing for this title over the years, regardless of how it's received by gamers, it will sell well.

With the high volume of chatter around this, The Geek Spot thought it would be best to have a space that highlights key information we have about the game's development history, marketing, and current in-game situations that can affect some players.

- Crunch time. At this point crunch time is one of the biggest issues facing the gaming industry. Everyone is doing it and there is currently no end to it in sight. At some point in development for Cyberpunk 2077, the developer stated that it was going to be more conscientious of crunch and not force overtime onto it's team.

That went out the window after Bloomberg reported in September 2020 that the team had spent nearly a year working nights and weekends on the game. And a leaked email to staff required a 6-day work week before the original November deadline. At least they are getting paid for the overtime - some studios don't offer it (depending on which country the studio is located, overtime can be unpaid for those in salary positions).

The developer going back on it's word to not only it's staff but to the gaming industry as a whole points to a need for reform. Better management standards and expectations of their team - the time to complete a project needs to have at least a 30-50% time buffer to accommodate problems that arise. To stop having arbitrary and artificial deadlines that the team must meet in order to get the game released. And remembering that people are living creatures, not machines. They can not work like this over an extended period of time without serious consequences.

Studio Head Adam Badowski did state that he would take the fall for the decision on crunch to get the game out in 2020. It still doesn't address the choices made to put the team in this position. To crunch or to be fired - which will it be?

- Transphobia in marketing. At E3 2019 when Keanu Reeves graced us with his cool, calm, peaceful demeanor to give us another glimpse into Cyberpunk 2077, additional screenshots were released to highlight Nvidia's ray tracing technology. One of those included a series of advertisements; the center ad highlighting a trans woman being sexualized to sell an energy drink.

CD Projekt has had a history of being tone-deaf, and sometimes completely not giving a care, about non-white male issues. In 2018 it responded to a person's request of "I WANT MORE GUYS" with "Did you just assume their gender?!" While the purpose of the response may have been intended as harmless, the nature of the answer is in connection to a well-known meme that is used to belittle transgender people.

With that context in mind, seeing transgender men and women sexualized in a game to a level of fetish that Cyberpunk 2077 has portrayed them is alarming. While the developer and artist have tried to smooth the waters by stating the advertising was meant to be a commentary on corporations and oversexualization, the damage has been done. Part of the hurdle that so many minority groups have to face is being fetishized in media. It's always done in a way to make "the other" appear exotic, while also outright ignoring the issues that group experiences. To be clear, there is nothing wrong with a transgender person being sexy or viewed as attractive. The problem is oversexualizing that group into a fetish for a product without addressing the real-world issues they face. CD Projekt has not done anything in response since then aside from their blanket apology. The over-abundance of questionable advertising is still in the game.

- Racial stereotypes with Cyberpunk 2077 gangs. As part of the marketing push, the developer released a series of videos titled 'Night City Wire' that gave general overviews of the landscape gamers will play in. On September 18th, they decided to highlight the gangs of the city. The very stereotypical gangs. In the most racist accents, outfits, and gang names. Even their territories sound like this was plucked from an early 1900's news reel - or when people were displayed in zoo's at a World Fair in villages that are over stereotyped to their region.

Made even worse that September was National Hispanic Heritage Month in the US. CD Projekt parading a video of Hispanic stereotypes was not a good look.

Much of the problem with the video is that there was no distinction between the NPC's to highlight a variety of Asian, Hispanic, and African cultures. It's a mesh of all the stereotypes that provided no context. Though arguably context was not necessary given how blatant the game was making everything out to be. "Let's put the Asian gang in Chinatown." We roll our eyes that the developer could not come up with something more original. And as a review has pointed out, what we saw in the video is exactly what we got: fetishizing of racial stereotypes. The developer has not appropriately commented on this and deflected the response to the original tabletop creator Mike Pondsmith. 2077 is based on the tabletop game Cyberpunk.

- Epilepsy/Seizure prone? Be advised that you should probably not play this game. As noted in this GameInformer PSA, the reviewer experienced a seizure during one of the game's sequences and felt aware of it throughout gameplay. Cyberpunk 2077 relies on a lot of blinking lights to amp up the digital future. Specifically red and white lights, which are common light triggers for those with epilepsy. There's also a feature in the game called 'Braindance' that allows the player to see other character's memories by putting on a headset. The player is then hit with an onslaught of red and white lights. The pattern of lights and the nature of the headset is very similar to a real world device that neurologists use to trigger seizures in patients for diagnostic purposes.

Whether there was intent to replicate the device or not, having this in the game is going to be an issue for some. Cyberpunk 2077 user agreement does have an epilepsy warning. Funny enough it's listed as "Updated 12/10/20" and today is 12/8/20. Somehow they went into the future to make changes! We don't always know how severe the warning is until you jump into the game. However the blanket warning does not properly convey the severity of the 'Braindance.'  But the excess of the game's blinking lights throughout should be a concern for anyone with this medical condition. Probably best to avoid until the developers release an option to turn all that off, if they ever do.

- The current version of the game is fairly buggy. As has been the trend for the past decade, AAA titles release as the "Early Access" edition with plans to work out the bugs later. Cyberpunk 2077 is no exception. A number of reviews have commented on the issues. Some are game breaking and prevent the player from moving forward in the game until you restart. Of course there will be a Day 1 patch for PS5, XBox Series X and PC players. However it won't address all of the problems. Many will still plague the game in the coming months. This is part of the downside when a game is rushed to print.

If you plan to play this title at launch, what can you do? Save and save often. Expect to run into a bug or a glitch that may require you to restart. Don't intentionally poke a glitch, unless you want to crash your game.

- Sony has removed the game from it's digital storefront. A story so big, it has it's own post.