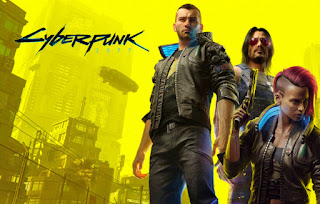 This ended up being very big news that I can't lump it into the Cyberpunk 2077/CD Projekt post. Though there will be an excerpt there.

Yesterday Sony officially pulled the game from it's digital storefront due to the number of ongoing issues within the game, resulting in major crashes, bugs, and a bevy of refund requests for Sony. The console maker tweeted out the decision and began issuing refunds to existing customers. With standard bank processing times, refunds should hit accounts within 3-5 business days. Any downloads will be removed and your system will be free of the game.

This follows an update from CD Projekt regarding the status of the PS4 and XBox One versions from December 14th. In it, the company admits that the quality of the game released on last generation consoles did not meet the promised standards. Customers wanting to return the product would need to speak with the retailer whom they purchased it from. Sony's decision is making it simple for everyone.

Others are following suit. Best Buy's support forums announced this morning that it will accept returns of physical copies for the PS4 and XBox One versions, including collector's and digital. However the return must be made by December 21st.

Retailers such as WalMart currently don't have a policy in place, but for most, given the public knowledge of this issue, if you simply explain the situation they can issue a refund or store credit. Microsoft has not announced anything in regards to an easy refund option or a mass refund. You will still need to go through their support center and make a request.  Updated 12/18/20 at 12:09PM CST: Microsoft has announced that they will be expanding their refund policy to accommodate for digital copies of Cyberpunk 2077. Requests will be required to go through the support center, and the game is still available for sale on the digital marketplace for now. Those having continued issues with obtaining a refund, contacting support through chat or phone will be the best option.

Sony's decision to remove the game entirely from their storefront and provide a blanket refund is astonishing. There are very few games that have been pulled from the store in such a manner within weeks of release. The voices of customers were clear on this one: Cyberpunk 2077 does not work on the PS4 as intended. It's possible that the game will have to get another review by Sony, and validated before it can return to the console.

CD Projekt has stated that patches are on the way, but may take several months to get the game into a playable version for PS4 and XBox One.