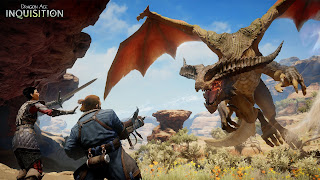 With 2020 being what it is, nothing is surprising anymore. But there's always a hope for some consistency with gaming companies to at least give us comfort. Even when that consistency is for the wrong reasons. Unfortunately BioWare/EA is going to continue breaking our hearts even more.

It was unexpectedly announced today that GM Casey Hudson and Executive Producer Mark Darrah, best known for his work on the Dragon Age series, are leaving BioWare. Both Hudson and Darrah provided official messages. Hudson returned to BioWare in 2017 to take over the GM position, while Darrah has been with the company for over 20 years.

The timing of the departures is auspicious. BioWare is revamping Anthem after it's mixed response upon release. And the company has been very slowly teasing the inner-workings for Dragon Age 4, the long anticipated next game in the franchise after Inquisition left players on a large cliffhanger. While work will continue forward, the influx of the big creatives that have made up the BioWare team have been leaving in spades over the past few years. It's impressive that the writers are still hanging on (and we all hope they do because they are what make the games memorable).

Best of luck to these two in their future endeavors.