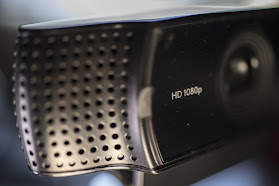 Ahhh America. Where a spending and COVID relief package includes legislation for a myriad of topics that have nothing to do with keeping the government open, or COVID. This happens way too often, where legislatures don't have time to properly review and discuss the content before it's sent to the floor for votes.

The reason we're talking about this today on The Geek Spot is that hidden within this package is the "Protecting Lawful Streaming Act of 2020." An Act with vague language, sponsored by Senator Thom Tillis (R-NC), whom has received donations from a number of large entertainment and multimedia companies. And The CASE Act, which was originally introduced in 2019, but did not gain traction to move beyond the House of Representatives once COVID became the main topic of discussion. Both of these could have a major impact on gaming and streaming.

The CASE Act would allow the US Copyright Office to create a tribunal to assist with cases from individual artists seeking damages of $30,000 USD or less. In the current system, all copyright claims and cases are handled at the federal level; costing an unreasonable amount of money that most people would never be able to afford. Entities called into the tribunal are not required to attend and may opt-out. Judgment may be passed regardless, and there is always the option to move the case to federal court.

There are a number of holes to exploit the CASE Act. Several digital groups such as the EFF, Public Knowledge, and Authors Alliance have all expressed concerns about the Copyright Office turning into it's own court. The biggest issue being that there is nothing to stop copyright trolls from filing case after case, claim after claim to the tribunal in hopes of a speedy ruling in their favor. Copyright Trolls are individuals and small groups that have made a living out of sewing people on the internet for copyright infringement. Typically Copyright Trolls will go after smaller accounts - individuals and groups with few followers. Copyright Trolls then intimidate and pressure their targets into settling fast by flashing the expensive court costs in their face.

A 30k cap would be an easy way for Copyright Trolls to take advantage of the system. The average person still can't afford a fine of that magnitude, and defendants would want to resolve quickly so as not to lose their livelihood. What can be claimed to go to the copyright tribunal? Sharing a photographic meme on Twitter. Commenting on a public YouTube video. Using a generic dog photo as your Facebook avatar. If it's content that you did not make or paid an artists to create and use, the Copyright Trolls could take you to the Copyright Tribunal and force a settlement. There are more issues, but that's the biggest problem.

As for the "Protecting Lawful Streaming Act of 2020," it'll be a felony for those whom knowingly stream copywritten content with fines in the hundred's of thousands of dollars, and up to 10 years in prison. According to Tillis, this is meant to target large streaming entities and not individual streamers. However much like the CASE Act, the language used is open to interpretation by the courts, listing the entities as "digital transmission service[s]". Last checked, YouTube and Twitch would qualify under that very basic definition. While it's unlikely that most individual streamers won't be targeted by the law, if you have a large audience, it is something to be aware of. Basically if you knowingly share copywritten content that you do not own, in a manner that allows people to continue downloading and sharing it, you can be prosecuted under a harsher penalty than what has been previously provided at the federal level. The Act, in theory, should not criminalize individual streamers whom unknowingly use copywritten work in their content. Again the unclear language is going to be open to interpretation and abuse by those seeking to make quick money out of legal fights.

Digital advocates are wary of the Streaming Act, but are more concerned about Tillis' future ideas in changing copyright law and the DMCA that would harm new artists, and force YouTube's Content ID system to become much stricter.

Should video game streamers be concerned? Yes and no. The bottom line is yes we should all be aware of our federal laws and how they can affect our livelihood. Streaming has become a commodity and a powerful marketing tool for businesses. Anything that could affect how we stream is worth reviewing. On the grand scale of things at this very moment, the Streaming Act is not likely to affect individuals. The CARE Act is something to be mindful of with any future content streamers create or share. As well as any DMCA changes coming down the line.